It is hard to look at these strange stones and their strange carvings and not wonder who and why and wherefore and when…these cryptic messages from an ancient  world of strange happenings and brave deeds….
Sometimes the message is mythic:
On a certain day of the year in the Springtime just before dawn if you’re there early enough and awake enough, you will see the second stone from the left – Muckle Tam –  suddenly leave his appointed place in the line and transport himself down to the loch and back up again just as the sun elbows itself over the hilltops.

Sometimes the message is historic.”
Under these stones
lie a swordsman’s bones
who died to keep men free
AD 83  ”

This stone circle is said to mark the burial place of  Calgacus, the  Caledonian leader who was killed in AD 83 fighting at the battle of Mons Graupius.
In his pre-battle speech(according to Tacitus),  he had reminded his men that they were ‘ the last of the free‘ and that their enemies, the Romans,  ‘ had given  the name of empire to robbery and plunder; had made a desert and called it peace ‘.

People who live in glass houses
are seldom found
but stone-walled people in locked up rooms
are all around.

They lie awake in a darkness
where no light shines
or in sleep relive the disaster that has left them
survivors in mines.

Sometimes they sit up, they listen,
they hear the rescuing bands
tear at their bricked-up exits
and they wait, with stones in their hands.

I feel the continental drift
of shifting geography:
the sun no longer overhead;
an unfamiliar sea;
a jagged barrier reef surrounds
an inaccesible shore
and ice – how thick I do not know –
where water was before.

Where is that quiet green valley
where heron and kingfisher flew?
A ridge of stone as bare as bone
blocks it from my view.

A flat and recent Sahara
covers remembered hills
and over the top of  my childhood home
the lurid lava spills. 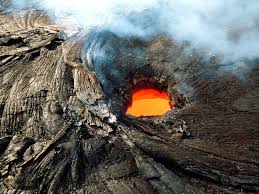 Where is  my  big-windowed,  happy house?
Where my  tall green wood?
All I see now is a dark smoking scar
where home and forest once stood
and a sea of mud the colour of blood
was a lake where white lillies  grew;
volcanic and strange, a mountain range
bleeds over fields  I  once knew

No  feral  forces fed those fires
to sweep my past away;
no howling hurricanes spread the flames
to make night as bright as day.
No irresistible seismic thrust
pushed up that massive range.

Some weakness at the heart of things
permitted all this change.


and then I wrote you a Christmas poem

a whole page of it

if you really want to know

I spent a whole night on it

I made my sonnet into a paper aeroplane

it
didn’t
fly
either

SONG OF THE DANCING BEAR

I am the Polar Bear at the zoo

steps to the right then two

steps to the left  then two

steps to the right then two

steps to the left then two

stops to the lift

I am the Polar Bear at the zoo

steps to the left then to

I am the bi-Polar Bear at the zoo 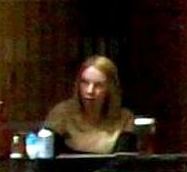 Last Tuesday,  with time to kill  before going to  the GFT to see  ‘A Life of Pi ‘  (the 3D version),  I was idly watching the world go by through the window of  Toshie’s Coffee House (I suppose I may  have looked a bit like a Vermeer to the Indian (?) woman who was taking  my photograph) when something amazing happened, something that took my breath away….. I saw a miracle, I saw a man in combat gear stop between me and the Indian lady who had just photographed me,  saw him stop bang in the middle of the busy street and,  without any visible effort, slowly, ever so slowly,  rise off the ground, rise several feet off the ground and…. stay there….. hanging  there…….. effortlessly suspended in….in space.

Only  I  seemed to notice him, everybody else hurrying  past with more important places to visit, more urgent business to attend to, or perhaps they had seen this miracle before and no longer gave it a second thought. Or perhaps they just didn’t want to witness it.
I paid for my coffee and hurried outside but I was too late, too slow, the man in combat gear, the man who had defied and defeated the frightful forces of gravity, was gone.
All through the film (which was excellent, stunningly  beautiful at times, always thought-provoking*) my mind kept drifting away  to the levitating man.  What did it mean? Why had only I seen him? Had I really seen him? Was it, like in the Neil Young song, only a dream? But even dreams have to have some meaning so what did it mean this picture I had in my mind of a man hanging in space and only me noticing? What did it mean?

* I think the film’s conclusion gave you a choice to make between two  beliefs: a) the hope-bringing ‘story’ of religion as an explanation of the purpose underlying human existence, as opposed to b) Darwin’s amoral, evolutionary theory that only the fittest survive.

Then there is the chanting and dancing bit. She brought a CD  back with her and seated in what she tells me is the lotus position she chants along with it. I occasionally chant along with her so that she doesn’t feel I am being a negative presence although, unlike her, I feel pretty self-conscious about it all. What if one of my clients happened to peek in the window?

Then there is her dance routine. She starts by shaking herself all over and snuffling through her nose then her chanting becomes louder, she leaps about from foot to foot then throwing her arms into the air jumps and lands with a jarring thud on her heels. The heels, she tells me, are the font of sexuality. Then she whirls around and screams and shouts. This, she says, releases and drives out all her false selves, her bad spirits.

The one time I tried to join in, two policemen alerted by neighbours came to the door and refused to go till they saw for themselves that she was alive and unharmed and heard her rather too full explanation. I have a feeling they could hardly wait till they got back to the station to share the joke with the lads.

Edinburgh Festival time: a pavement artist recreating Vermeer outside the National Art Gallery in Princes Street, both the milkmaid and the artist fully concentrated on what they were doing

which led me to have a closer look at Vermeer’s woman pouring milk….there’s such a natural grace and rightness in the way she is pictured- it all seems in the natural order of things

which reminded me of a photo by Bill Brandt of a woman cleaning a doorstep, kneeling, twisting the cloth to squeeze out the dirty water into a basin the way women do – men for some reason would ‘rotate’ the cloth in the opposite direction – body slightly turned away, head tilted but not looking at what her hands are doing…..Probably a political photo attacking the exploitation of  workers  but also a striking photo in an artistic way……All this I remembered  from seeing the b & w photograph years and years ago. I thought there must be other photographers who captured the natural grace  of women going about household tasks as opposed to the strength of men at work – miners, farmers, labourers etc.

Found her – thanks to omniscient Google – just as I remembered her. And how similar is her ‘configuration’ to Vermeer’s milkmaid!  Except that the milkmaid is watching what she’s doing; the housemaid looks away as if her mind is on other things. And of course leaning forward as opposed to leaning back, kneeling down as opposed to standing up, slim as opposed to solid, warm colours as opposed to cold blacks and greys…..

Then in the sudden stillness,  we all stopped whatever we were doing and pointed up at the strange sky then looked at each other with a wild surmise. This green light, what did it mean?
” Run ! ” the Bergomaster shouted. ” Make for the bridge! ” then

then on the fierce wings of a dreadful wind this ball of fire came hurtling towards  us. ” The Bridge! ” the Bergomaster cried. “We’ll be safe there!” then realizing we couldn’t hear him, he just pointed.
At last we reached the safety of the bridge then