In writing fiction, there’s a key narrative  change of direction which, if taken,  allows your characters to live a life of their own or, if not taken,  condemns them to live out some unresolved fuck-up in your own  psyche.

You create characters, try to involve your readers in their lives but you have to decide in which direction your narrative is going to take them – down into the gloomy depths of  thomashardy country or (eventually) up into the sunlit foothills of janeaustenland …..?

They went everywhere together, Charles and Mary.  She, the baker’s only child, very polite and well-behaved; he, the youngest son of  the Primary School Headmistress, lively, confident. Usually they went everywhere at a canter as if they knew that they had to hurry to pack  as much as possible into their  time together.

Look at them! They are so proud to be with each other, they want the whole world to know that they are best friends.

12 years have passed and what a handsome, elegant  couple they have become, still in step, not so much in a hurry now but still hand in hand, still proud of each other, still heading in the right direction…….

And at this point you  have a writing problem:  a) do they go on  being happily in love, able to overcome problems because of these  feelings for one another or b)   does  it begin (and continue) to go all  wrong for them in spite of the love, friendship they have for each other?

The direction the  narrative takes will tend to  reflect your  own life-view unless you steel yourself  like a good parent to let your characters go.

See how Mary is already more aware of being photographed by a stranger than of  being talked to by the ever-charming Charles.

It struck me the other day that triangles have a bad name:- a love triangle; the Bermuda triangle etc. Then I thought of other geometric shapes – the square for example which connotes the ordinary, unadventurous, dull; and the circle which suggests ‘well-rounded’, complete. Then I thought how these basic shapes are used in nature and in man-made constructions…………….

This is Bracklinn bridge. Unusual construction shape for the North of Scotland.

This is the interior of a bothy on the shore of Rackwick Bay in Hoy where I found a lone but not lonely German and we shared what was left of  my bottle of Glenfarclas.

Why the 3-dimensional triangles of the Pyramids? I met a traveller from an antique land who said……… 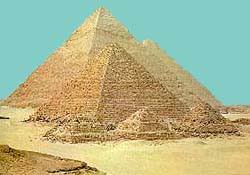 Then I thought I must look at paintings, especially post-modern stuff, and see how basic shapes are used to create structure and balance….mm

The more they eat

the hungrier they become,

these consumers of the world,

They are body balloons

each day growing a little bigger

each month a lot bigger

what they took from the world

the world takes back.

Next week Tenerife. Squaw happy there.

Staying overnight with friends in Melbourne,  Veronica, my wife,  who usually sleeps like a log, woke me by suddenly sitting bolt-right up, as if spring-operated.

While I was still trying to figure out where I was and what was happening, she threw on her white dressing gown and I heard the outside door open before I could even ask what it was that anyone had  to do at this time of night for god’s sake.

I looked at the alarm clock. Its green hands indicated 2.15. How embarrassing! I thought. She’ll wake the whole  household! and I waited for next-door’s big brute of an Afghan hound to start its barking, loud enough to wake the whole neighbourhood! 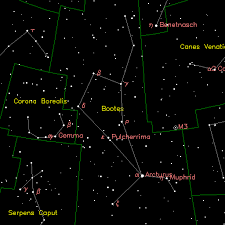 I got up and looked out of the window. The street lay empty in the white moonlight.  Empty except for Veronica  standing like an angel in a circle of light from a street lamp,   looking upwards, her dressing gown pulled tight about her.

The outside door was still wide open. I began to shiver as soon as I stepped outside.

Veronica gave me a quick glance  then resumed her upward stare.  I looked up but couldn’t see a  thing.  I looked down at her bare feet.  ” You must be frozen”, I told her. “Do you know what time it is? You’ll catch your death for god’s sake!”

She barely seemed to notice my arrival.

“Look!” she said softly like you try not to disturb a bird you’ve come across singing its heart out. “Just look at that!”

I followed her gaze but  still couldn’t see anything.

“Bootes, ” she said softly and pointed.

This couple, for example –

She with folded arms

He elbows on table

He head slightly back

He knees bent, back…

Are they having a friendly chat over lunch?

Is it the end of the affair?

Are they just work-mates?

This painter from Dijon, Jean-Pierre Difrague,  and Amy his American girlfriend (of a day and night) * were passing under the  the Charles bridge in Prague* when someone jumped into the river and disappeared from sight.

Jean-Pierre could have dived in after him but didn’t. So could Amy but she couldn’t swim. She thought she saw his face pass under water with eyes and mouth wide open but afterwards was never sure whether she had just imagined it or not.

After that Amy and Jean-Pierre went their separate ways. The suicide was a youngish  unmarried insurance clerk from Osmoroc who, according to his family and colleagues, had no reason to jump off the Charles or any other bridge.

Anthony Gormley pops up in the most unlikely places. Here he is ankle-deep in the Water of Leith, just below Embra’s Gallery of Modern Art. It is quite a surprise to come upon this coppery naked man –  a bit like coming round a corner and surprising Jesus walking on water – it would have been  even more of a surprise in the Scottish winter.

A lone swan. But not necessarily a lonely swan although who knows what goes on in a swan’s head when it’s floating majestically on a wide, wide sea?

(Day after day, day after day
we stuck, nor breath, nor motion;
as idle as a painted swan
upon a painted ocean.)

Rhythm and stress are  effective here but for the quality of sound French takes the biscuit:

The French language has a great sound to it – very expressive, very impressive too come to that – my favourite line is ‘pour reparer des ans  l’irreparable outrage’ which trips off the tongue and which I had to learn in school but which has stayed with me ever since, grown up with me as it were.

This place (near Montrose) deserves more history than it seems to command. The Vikings landed here in the year dot and that’s as far as it goes. A pleasant, placid place where the temperature seldom encourages you to strip of your clothes and race into the seal-surfing, fish-flashing, boat-bobbing sea. But once or twice a year (this was one of them) there is no better place to be. See the two swans? I am reliably told they  mate for life but perhaps that’s no longer the case in these modern times. This place is worth a visit.

How easy to be happy when you’re this age,  sand, sea, bucket and spade and you can while the day away digging holes, watching them fill with water, building turreted castles  surrounded by moats, write your name in the sand with your heel, eat 99s  and look forward to doing it all over again tomorrow.  This is at St Andrews, better known for its golf course although this was the beach  used in the famous opening sequence of  ‘Chariots of  Fire‘ and of course, eight years ago, the adjacent university was the meeting place of the world’s best-known and best-loved romantic couple, the handsome WILLIAM and the beautiful KATE.

As the song so eloquently puts it: ” Oh I do like to be beside the seaside.”